Canadian Rockies, home to a wealth of wildlife, is such a great place to observe many species! There are certainly specific rules for hiking in the “bear country”, and the safest one is to stay away from them🙂, since the bear spray might not be useful all the time!

We didn’t really have time for much hiking in the few days we have spent through the parks, but we had a considerable opportunity to see plenty of wildlife during our stay, and I can say that every single day was a joy and a delight.

Today, black bears still exist in about 60% of their historical range. A very general population estimate suggests there may be up to 600,000 black bears in North America and more than 380,000 in Canada. Due to their relatively robust numbers, black bears are not a Species at Risk in Canada.

As more grizzly bears go to higher elevations in the spring and early summer, black bears tend to move to lower elevations to avoid grizzlies and feed on berries. In Banff National Park, black bears have become adept at using both wildlife overpasses and underpasses to cross the busy Trans-Canada Highway. However, their ability to climb trees also enables black bears to scramble over fence posts along the highway, exposing them to dangerous highway traffic.Today, the prairie population of grizzly bears is locally extinct in Alberta, Saskatchewan and Manitoba. It was extinguished through human intolerance, market hunting, rapid conversion of habitat to agricultural fields, and loss of key prey (buffalo). It’s estimated that up to 20,000 grizzly bears remain in western Alberta, the Yukon and Northwest Territories and British Columbia. In Alberta, the grizzly bear is designated as threatened, while in British Columbia, it is blue-listed (at risk). The current estimate of the grizzly bear population on provincial lands in Alberta is 691, and up to 16,000 in British Columbia. 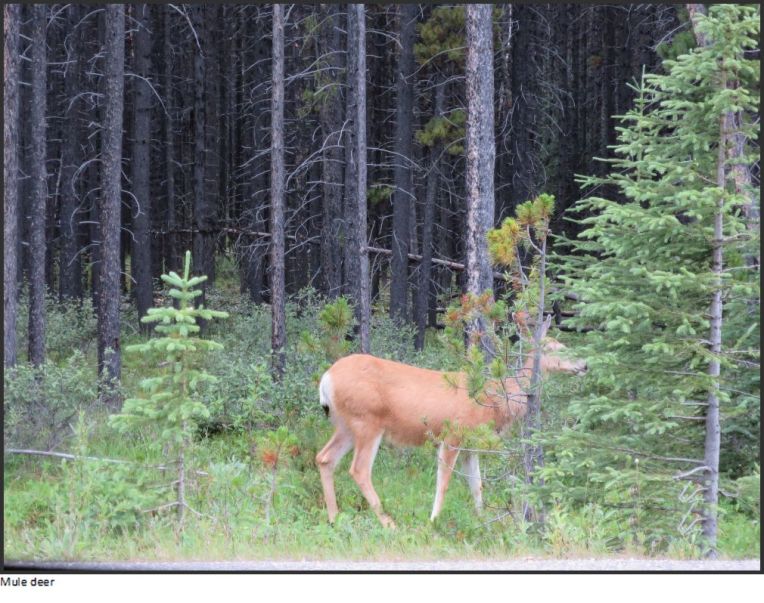 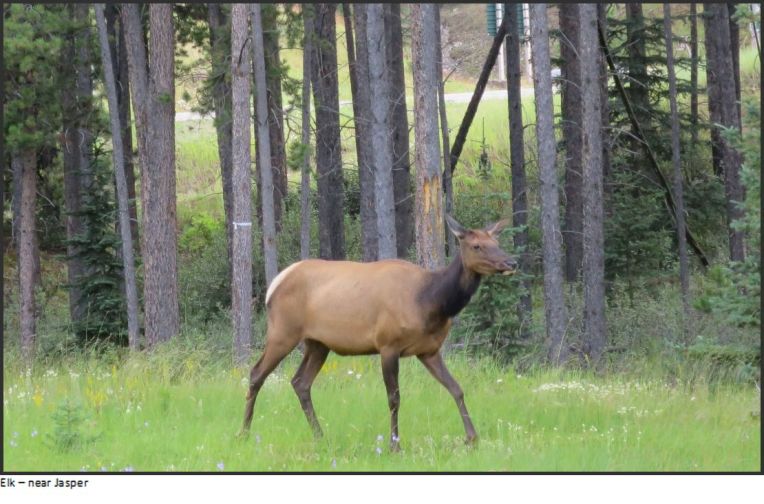 The main threat for grizzly as well as black bear survival is the human. The increase in human population, along with the accidents causing mortality along the roads and railroads are the most common cause of bear death. We noticed along the Icefield Parkway several wildlife overpasses, and we learned there are in total 44 wildlife crossing structures (six overpasses and 38 underpasses), and 82 km of highway fencing. In this way, Banff National Park has the most wildlife crossing structures and highway enclosure fencing, reducing with about 80% the risk of animal accident. 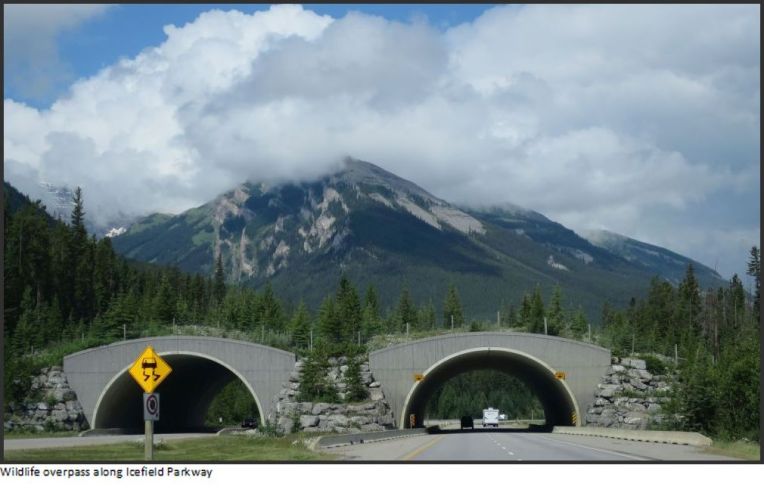 We didn’t realize at the beginning why the park rangers are coming so quickly if a bear is grazing along the main street, but we soon learned that actually most of the bears are marked and traced, for both human and bear safety reasons.

9 thoughts on “CA, Alberta: Wildlife along the Icefields Parkway”