Around Huron Lake in 8 days: The road to Tahquamenon Falls went through Paradise

Leaving Canadian land via the International Bridge that links the twin cities of Sault Ste. Marie of Ontario and Michigan let us have a glimpse of what kind of weather would be greeting us in the neighbouring country, where we were going to continue our road trip around Huron Lake.

After a beautiful and serene sunset on the St Mary’s River shore, we didn’t expect this kind of weather. Gloomy clouds and foggy roads were following us from the morning, but when we saw the post of Paradise town, we knew the rain would stop soon. 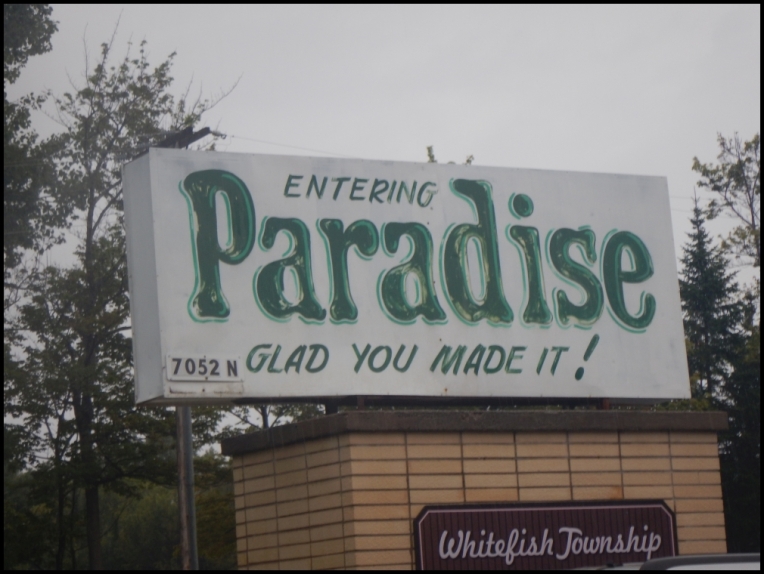 I would have loved to say we got lost in Paradise, but we didn’t. We were actually going to Tahquamenon Falls State Park when Paradise had emerged from the misty forest. I could sense the reason why it was named like this, a lost town in the midst of so many forests. Upper Peninsula of Michigan thrives in forests, and the park where we had planned to stop for a short visit was none the less.

An interesting board advertising the rates was prompted at the entrance, and I was really impressed to see how much the Michiganders are encouraged to go outdoors, at the “outsiders” expense to say so. I have never seen such difference in Canada, nor can I recall elsewhere.

Tahquamenon Falls was a quick addition to our road trip, as we were heading to Munising, to visit Pictured Rocks. These beautiful falls are not only for nature or waterfalls lovers, but for everyone fit for some hiking.

The centerpiece of the park is Tahquamenon River with its 2 major falls. The upper falls have a drop of about 14m and more than 60m across.

Six km downstream are a series of few smaller waterfalls.

The origin of the name Tahquamenon is attributed to the water’s amber colour. And if the colour makes you think of amber ale, then this is the place you’re looking for: The Brewery&Pub is awaiting you in the middle of the park. Can’t say anything about the products in the restaurant, as we didn’t have time to try, but it certainly would be an awesome stop on a hot summer day.

Although a portion of the main trail stays on the boardwalk, we found 2 points where we had to climb 116 steps and second one with 94 steps, to reach the edge of the river. 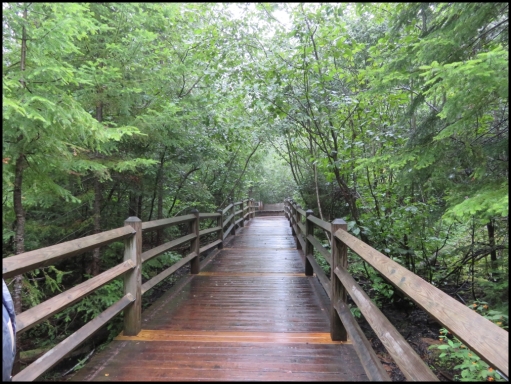 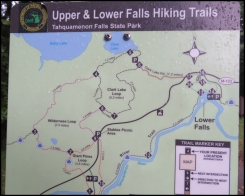 Lands of Native Ojibwa long before the white man set foot on this river are well known as the land of Longfellow’s Hiawatha “by the rushing Tahquamenaw”, where native hero Hiawatha built his canoe back in times immemorial.

In the late 1800’s when the first permanents white settlers came in the area, the river started being famous, carrying millions of logs to the mills down the river. 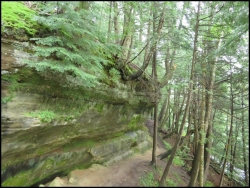 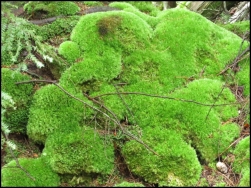 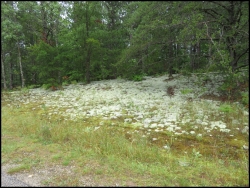 The amber colour of the water is caused by the Cedar, Spruce and Hemlock tannins, which is drained by the rivers. The extremely soft water churned by the power of the falls causes a large amount of foam, which the river is famous for, therefore the trademark of the Tahquamenon.

Thus the Birch Canoe was builded
In the valley, by the river,
In the bosom of the forest;
And the forest’s life was in it,
All its mystery and its magic,
All the lightness of the birch-tree,
All the toughness of the cedar,
All the larch’s supple sinews;
And it floated on the river
Like a yellow leaf in Autumn,
Like a yellow water-lily.

And thus sailed my Hiawatha
Down the rushing Taquamenaw,
Sailed through all its bends and windings,
Sailed through all its deeps and shallows,
While his friend, the strong man, Kwasind,
Swam the deeps, the shallows waded.
Up and down the river went they,
In and out among its islands,
Cleared its bed of root and sand-bar,
Dragged the dead trees from its channel,
Made its passage safe and certain,
Made a pathway for the people,
From its springs among the mountains,
To the waters of Pauwating,
To the bay of Taquamenaw.

The Song of Hiawatha – Hiawatha’s Sailing by HENRY WADSWORTH LONGFELLOW

8 thoughts on “US, Michigan: The road to Tahquamenon Falls went through Paradise”