“Italy is the garden of Europe

Tuscany is the garden of Italy

Florence is the flower of Tuscany”

Falling in love first time is about charm, attraction, fascination, obsession, purity, innocence. But falling in love a second time for the same city, same places, same sky – or maybe different – or just with different eyes but same heart (or same heart but different eyes?) is much more than I can describe in these few words, I probably will never be able to..

“God was the first sculptor. He made the first figure: man.” 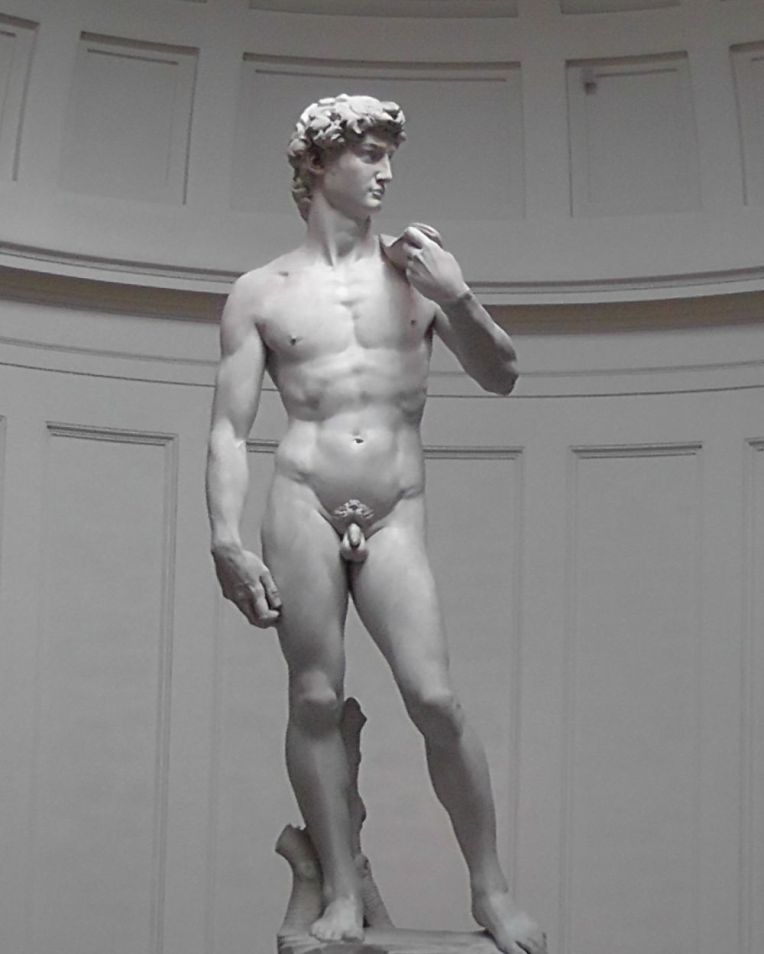 The first and best thing you can do in Florence is to buy a Firenze pass, after you have rested your legs the days before. And then, when waking up one early morning, all fresh for a new start, you can get into the frenzy marathon of visiting most of the places you have dreamt about for a while.

Of course, the 72 hours span are not enough for the 72 museums you can visit, and you will really need to have a good schedule to make a smart use of the pass.

It was totally by chance we picked our first stop at Basilica of Santa Maria Novella, where we did actually buy this pass, and did start our journey in Florence; where mornings are not busy and leisure is at home. 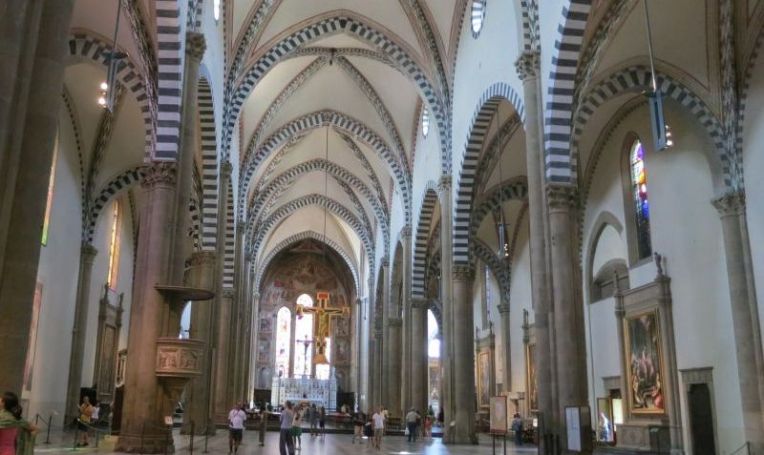 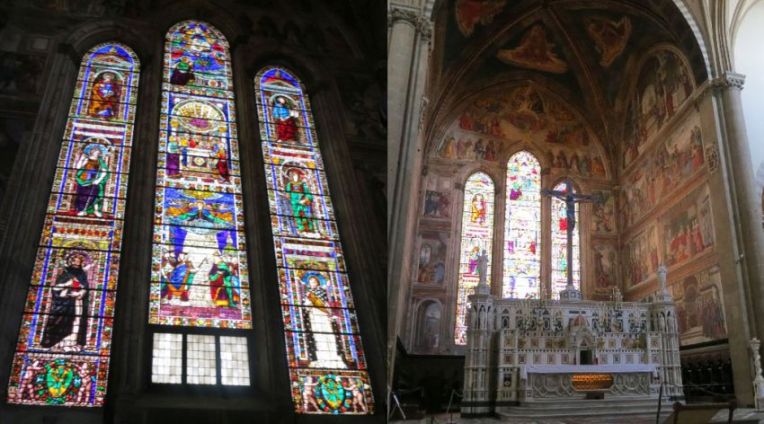 After a second stop in town, at Basilica of Santa Croce, I had the feeling that the “competition” between Dominicans and Franciscans never ended in regard to all their frescoes, paintings, stained glasses, and other architectural decorations. What I really wanted to see were the funerary monuments from Santa Croce, resting place for many of the famous celebrities over times, such us Michelangelo, Galileo, Alighieri, Machiavelli. Where allegorical figures of Sculpture, Architecture and Painting are still guarding Michelangelo’s tomb, and shielding their master reputation. 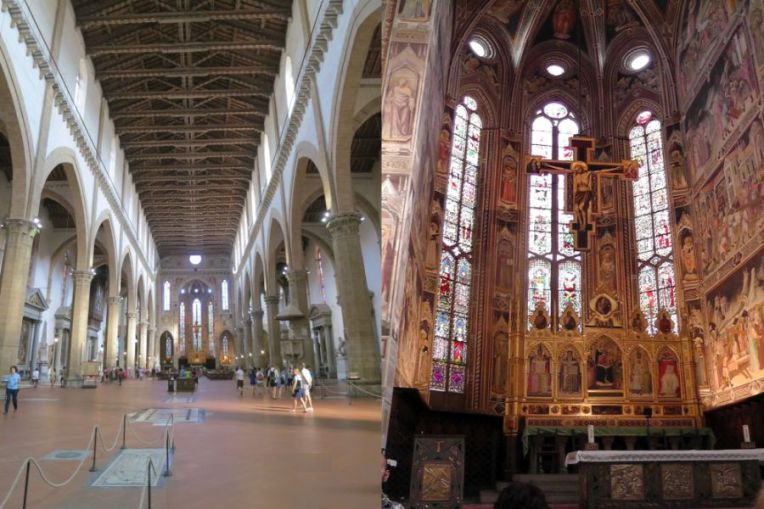 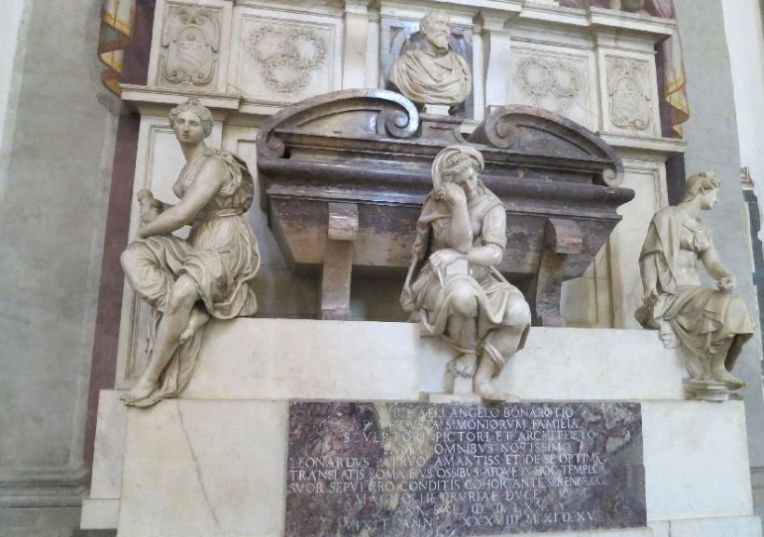 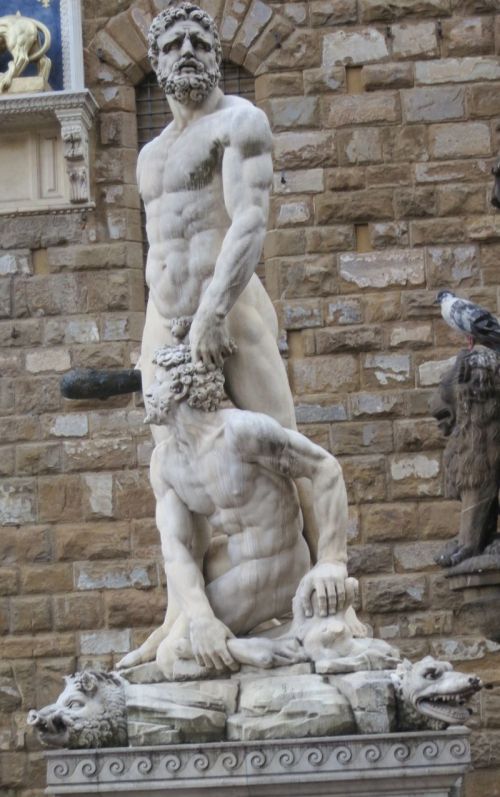 Galleria dell’Accademia was of course our next stop, and one should not miss it once in Florence. While not many exhibits (as in any other museum I’ve been to), the priceless masterpiece David deserves the visit by itself. Mesmerized by its magnitude, grandeur, and youthfulness, I stayed around for a while speechless and astounded, like everybody else. When I look back at his glare, I think David’s frown is actually related to Michelangelo’s anguish to create perfection, while the nakedness shows the knowledge not only of the human body but also expresses much more beyond of that: love, fear, power, grief, confidence, strength.. 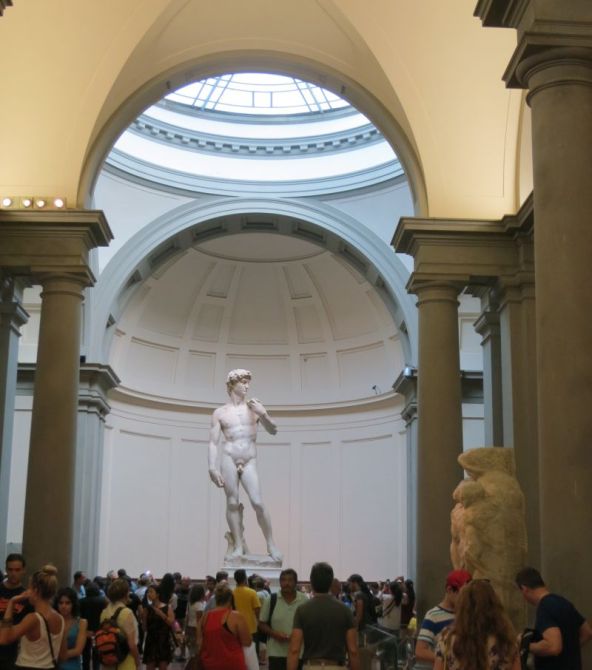 “The Greeks had carved bodies from their white marbles of such perfect proportion and strength that they could never be surpassed; but the figures had been without mind or spirit. His David would be the incarnation of everything Leonardo de’ Medici had been fighting for, that the Plato Academy had believed was the rightful heritage of man: not a sinful little creature living only for salvation in the next life, but a glorious creation capable of beauty, strength, courage, wisdom, faith in his own kind, with a brain and will and inner power to fashion a world filled with the fruit of man’s creative intellect. His David would be Apollo but considerably more; Hercules, but considerably more; Adam, but considerably more; the most fully realized man the world had yet seen, functioning in a rational and humane world.  …yet to him this was only a small part of the meaning of David, who could represent the daring of man in every phase of life: thinker, scholar, poet, artist, scientist, statesman, explorer: a giant of the mind, the intellect, the spirit as well as the body.” 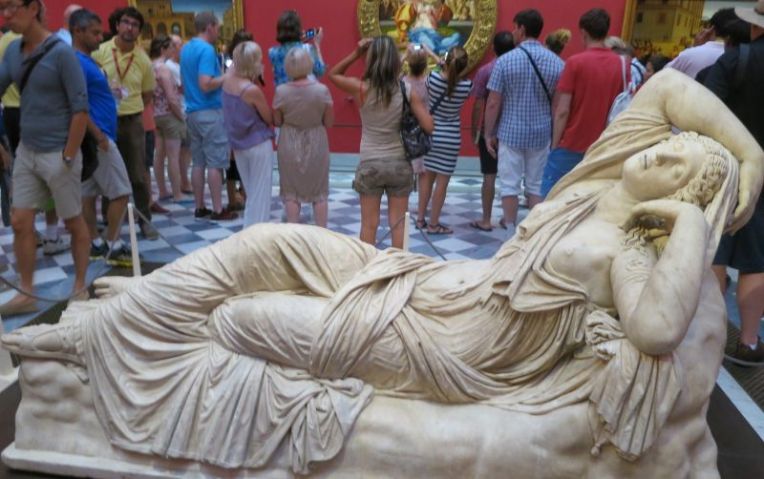 One of the most famous museums in the world, right in the heart of Florence, we could not miss Uffizi Gallery. Originally as a private gallery, Tribuna (the heart of today’s museum), was created by Francisco I, son of Cosimo I de Medici who actually raised the building to house administrative offices. I’m still astonished at how many artworks could be gathered together at one place, after Louvre. One can see, without any doubt, that Florence was the mother and the father of Art in modern times. Overwhelming hours, way too little to grasp and understand the full meaning of this museum. 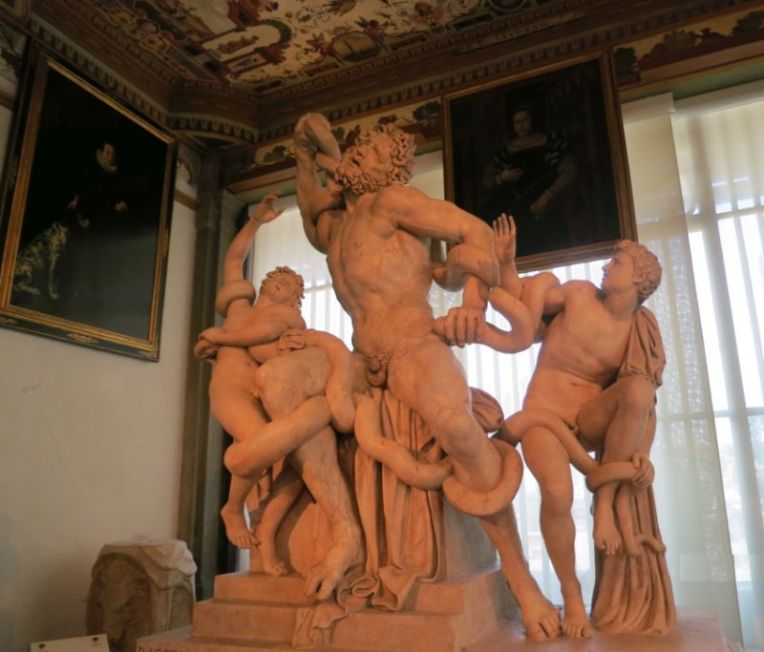 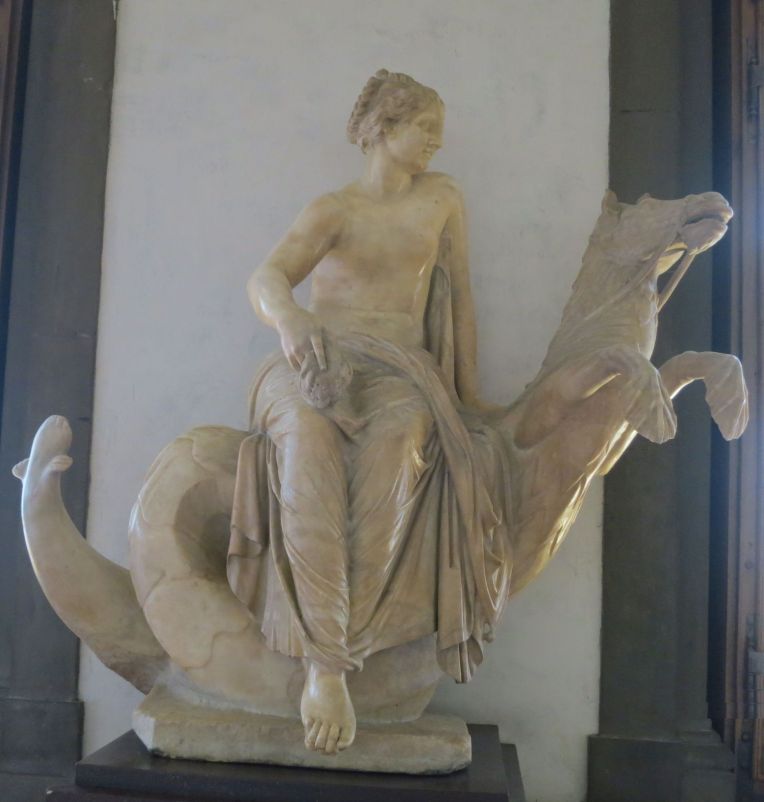 “They turned to Michelangelo, who was studying the pure gold sculptures of Ghiberti’s second set of doors, their ten glorious panels populated layer upon layer by all the peoples, animals, cities, mountains, palaces of the Old Testament.”

“What do I think?” Michelangelo said. “I think these doors are the gates of paradise” 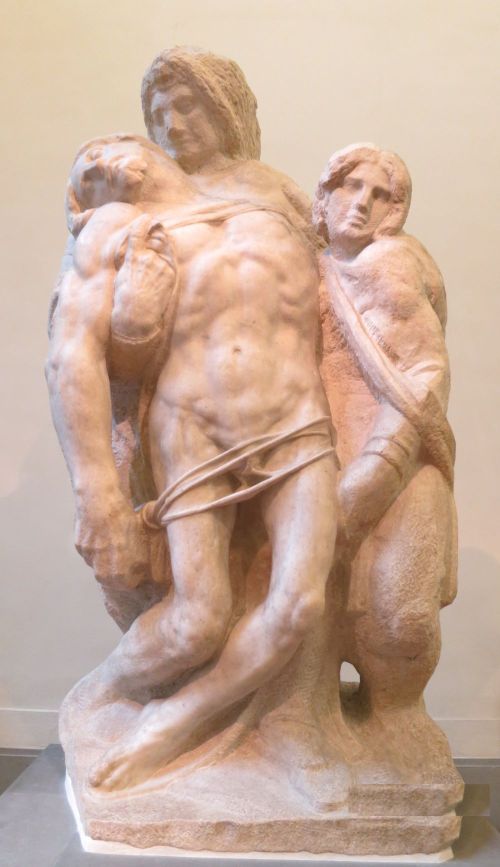 Of course, we didn’t miss visiting The Cathedral and Duomo, Leonardo Da Vinci museum, Galileo Galilei museum, Piazza della Signoria, The Medici Villa, Palazzo Vecchio, Museum, Giotto Tower, Pitti Palace, Basilica San Lorenzo, The Medici Chapel. And the list could go on if the time permitted more. But as I always say as a consolation for the things or places we don’t have enough time to visit, we need to leave something behind, to have a reason for our return in such lovely places. 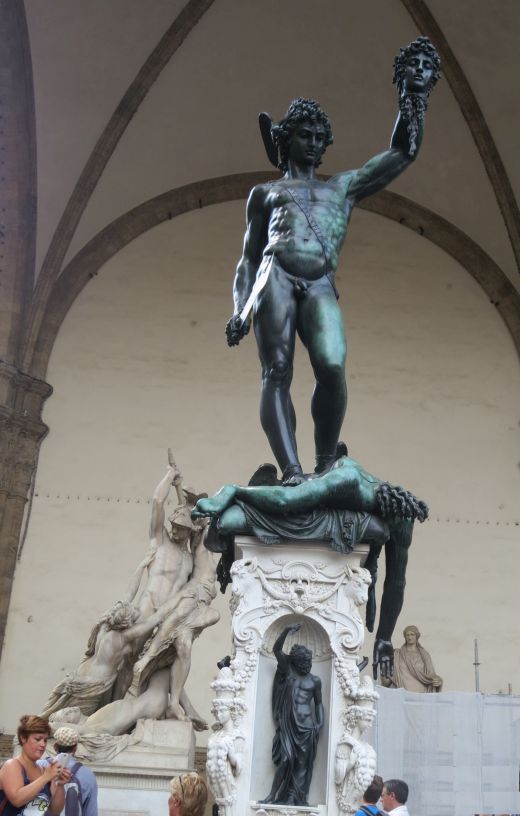 “..he loved the valley of the Arno because it was a sculptured landscape. God was the supreme carver: the lyrical hills, each range composed by a draftsman’s hand.” 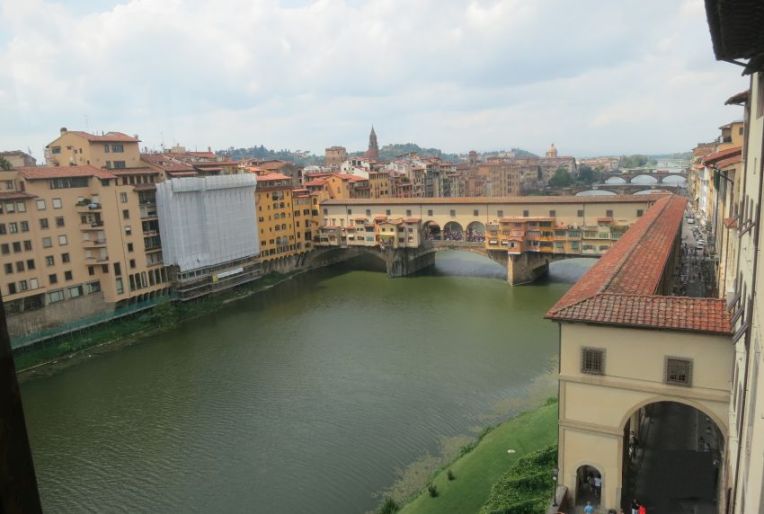 Only reading the names of all these museums might be overwhelming, and nothing to feel guilty for, and so were feeling our feet after 3 full days of art marathon. Strolling on the city streets, blending with the horde of visitors on Ponte Vecchio, Piazzale Michelangelo, or Boboli Garden can be another option once you’re tired of museums. But if you would like some quiet moments to absorb the serenity and purity you have found in some places, you can always find a little corner, a little side street where you can reflect or regain your thoughts. 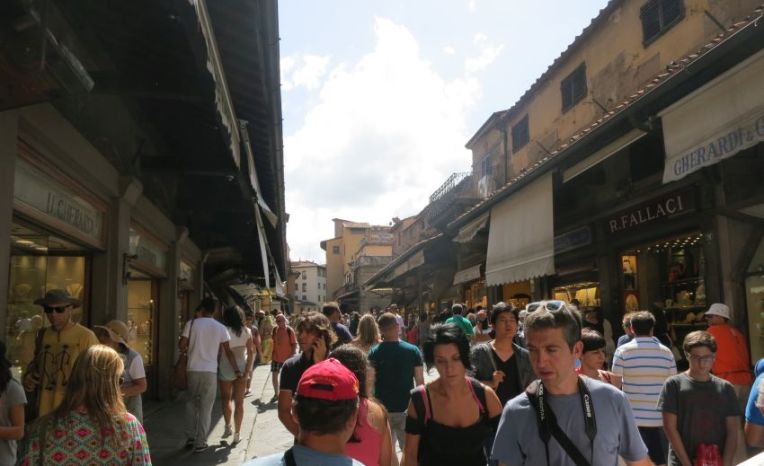 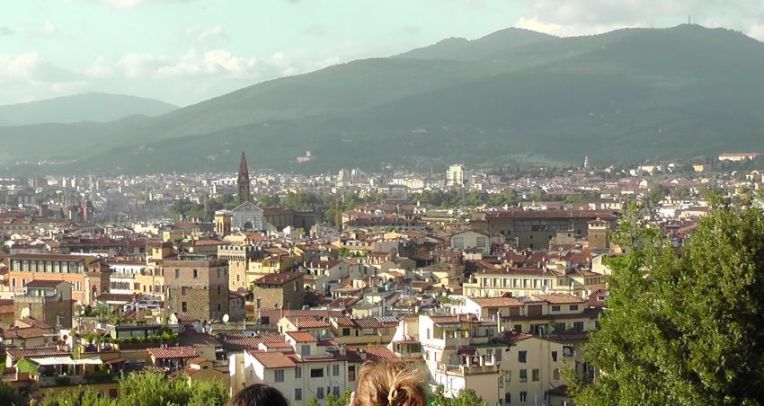 “Tuscany untied the knots in a man’s intestines, wiped out the ills of his world. God and man had combined to create this supreme work of art. Pictorially, Michelangelo thought, this might be the Garden of Eden. Adam and Eve had departed, but to his sculpture’s eyes, scanning the undulating ranges which flowed backward in space with lyricism of the green river winding through the valley below him, dotted with stone houses, sun-mellowed tile roofs, hayricks, Tuscany was paradise.” 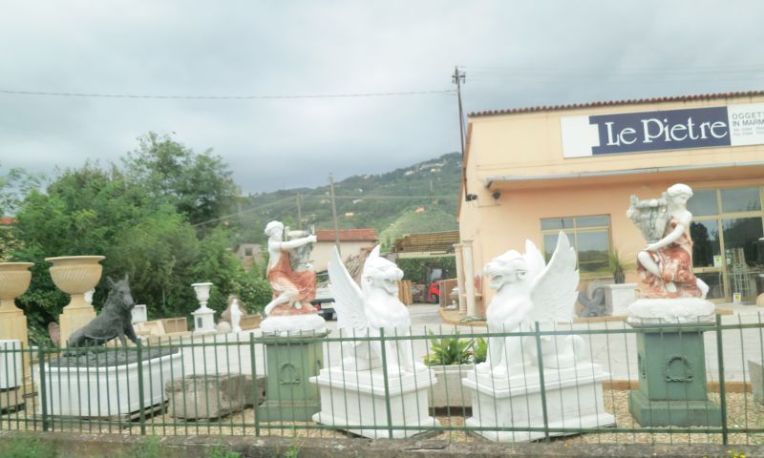 And one day, recently, going to the library to get my monthly share of books, my eyes fell suddenly on this one, well known for its title for years. And all my fresh memories overcame heavily. I could take no other book, and I read it feverishly with passion and excitement. And if you have not yet fallen in love after visiting Florence, reading The Agony and the Ecstasy by Irving Stone will help you. I am still debating myself if one should read it before visiting Florence, or after. 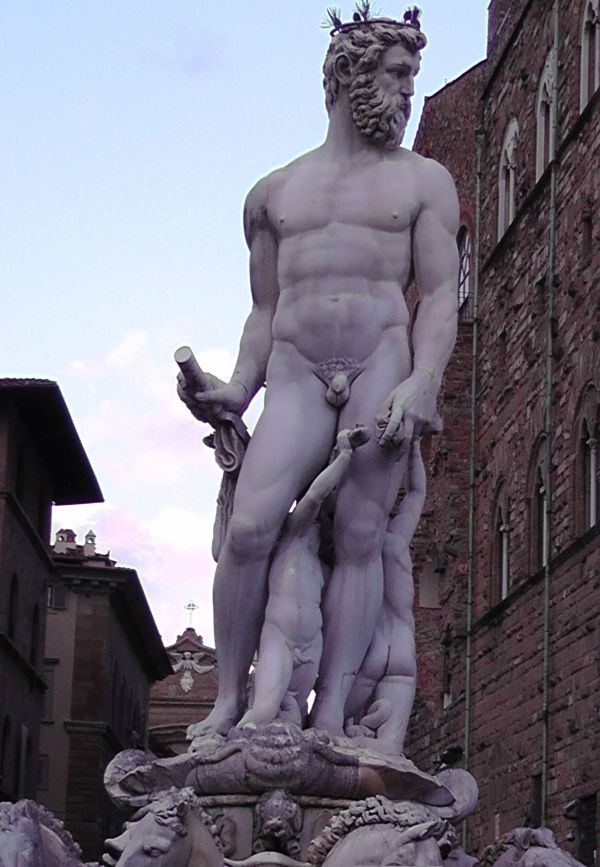 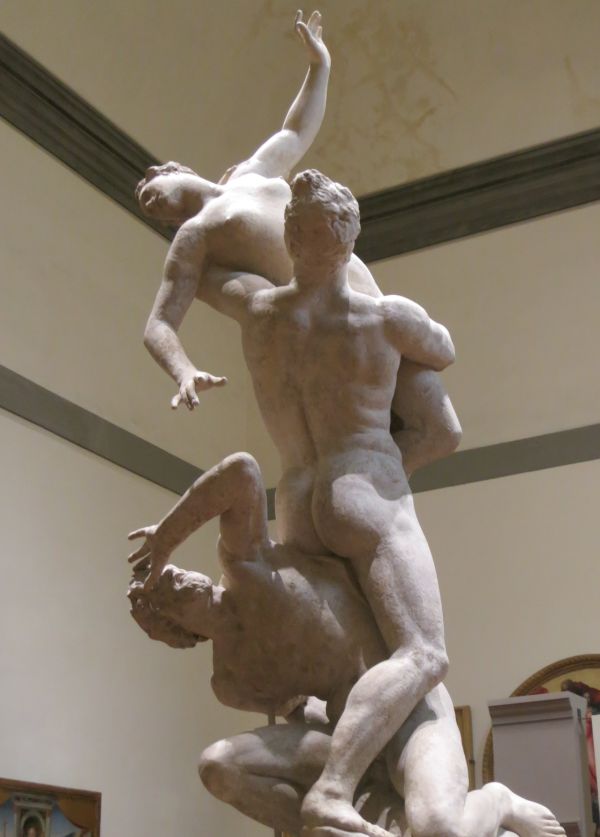 While the book is basically a biography of Michelangelo Buonarroti, it gave me a different perspective about Renaissance painters, sculptors, artists in general, about their times of war and peace, about De Medici family and their contribution to the art, about a little bit of Italian history.

So, this is my little story how I fell in love a second time with the bright, pure and graceful Florence. A true lovely flower of Tuscany. 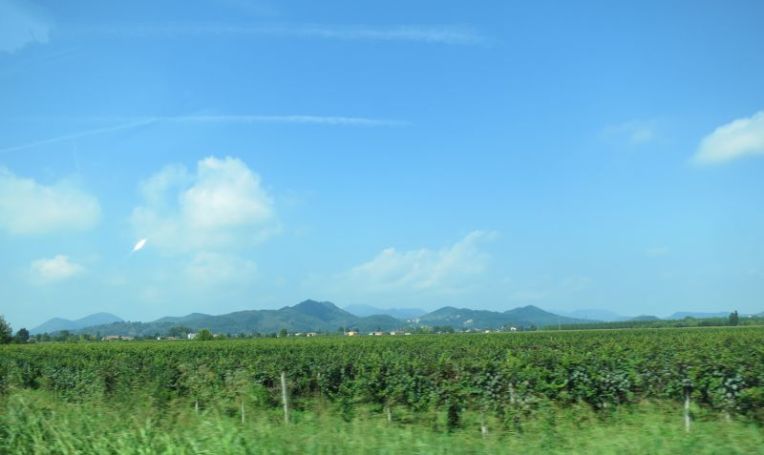