When Justo Wong, a land worker, dropped his tool on the ground, and it just simply disappeared in a hole, only his master Don Ramon Pargas had the courage to go down and investigate, discovering in this way the entrance of the cave.

Discovered in 1861, Bellamar Caves became the first attraction in Cuba, as Ramon built stairs, handrails, and a house on the entrance. He truly believed that this discovery is not only about the cave, but everything behind that, and he opened it for tourism and further exploring. Later on, once they had electricity there were lamps installed and staff to explain to visitors the history of the place.With concrete stairs and metal handrails, the visiting trail starts with a deep descent, and continues on a pretty flat level for about 800 m, which is open for visitors. 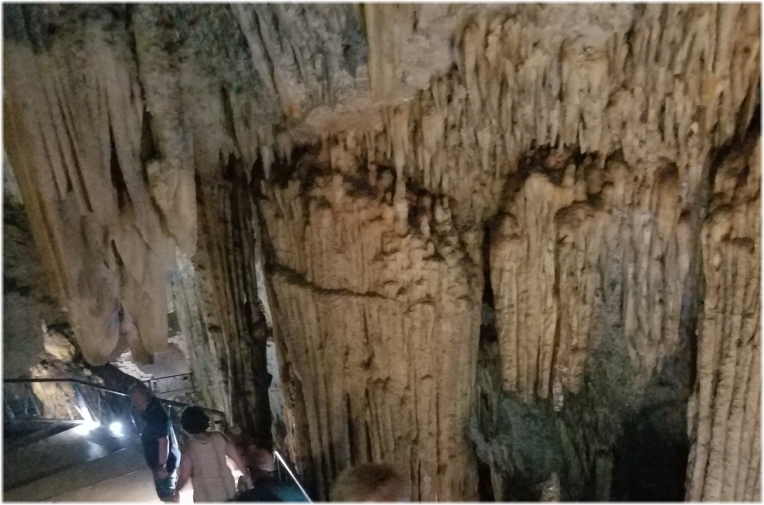 The mantles and columns are majestically welcoming people in a cooler but much more humid atmosphere. The shapes and the sizes of the stalactites and stalagmites decorating our pathway stand out as we walk ahead, and the shining minerals glowing from the ceiling above make us sometimes forget to look where we take our next step. 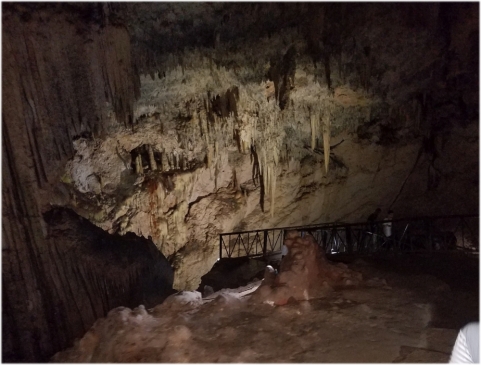 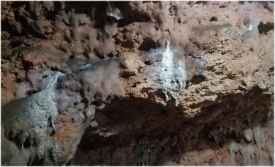 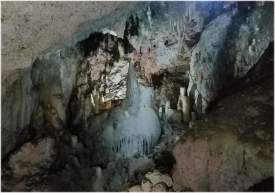 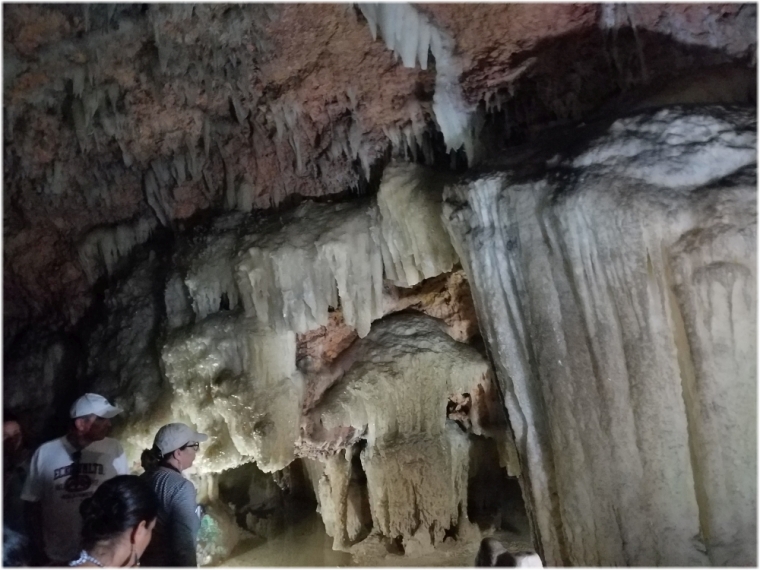 Even though the lighting is scarce, the limestone domes still catch our eyes, and the colourful sparkles from different crystalline layers make us wonder what other elements create this wonderful show of lights and colors. Sometimes the crystalline ceiling is tinted black from the smoke of the torches used originally to illuminate the cave. 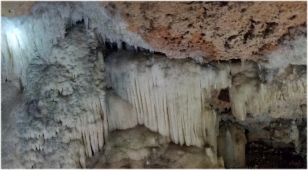 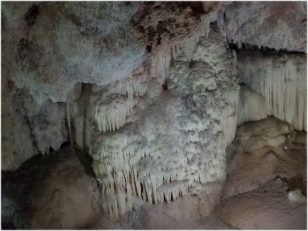 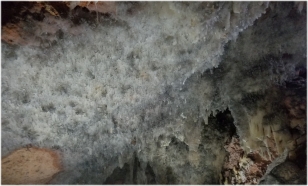 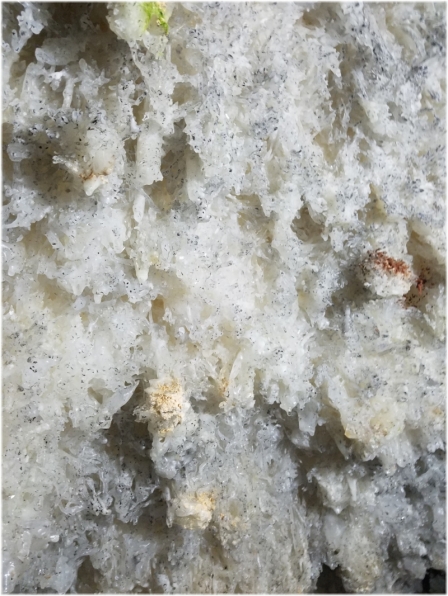 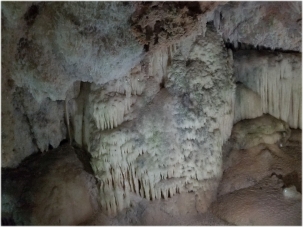 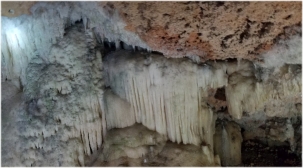 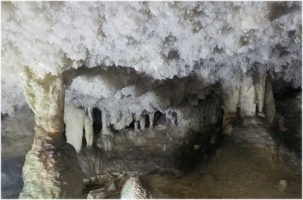 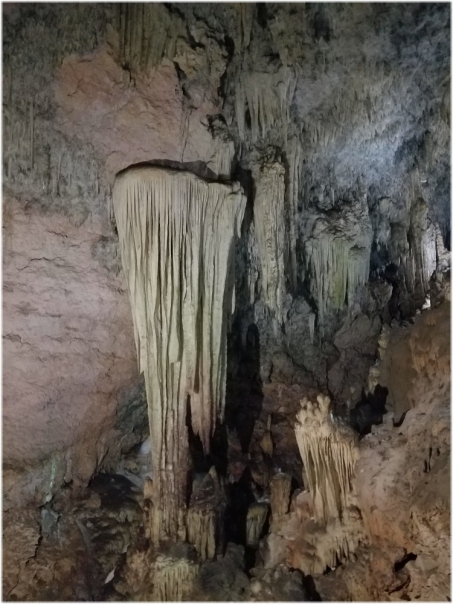 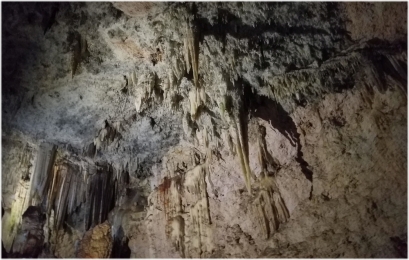 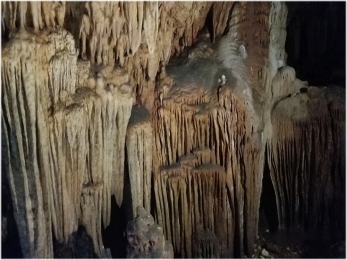 Little ponds had their little stories, different sections look so different, but they all together complementing each other. 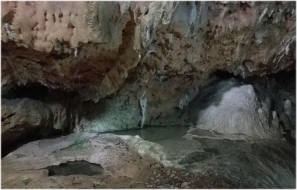 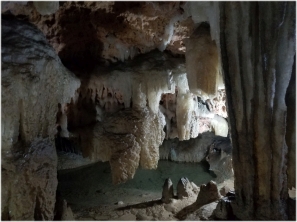 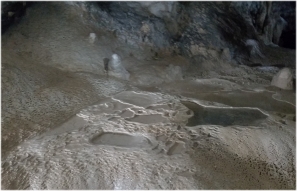 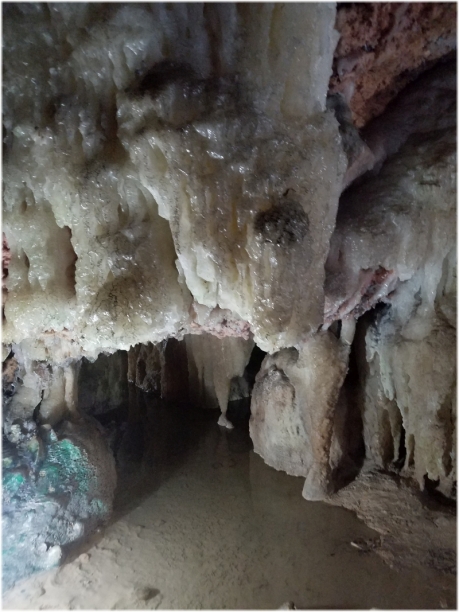 An underground paradise (and with much more chambers and halls closed for visitors), Bellamar Caves seems to be one of the biggest and most important caves from Cuba. We were tired but happy when we got outside, after climbing so many stairs in such a humid place. The 5 CUC paid for the visit was only a small price to see such beauty of the nature (20 CUC was the additional fee for camera). 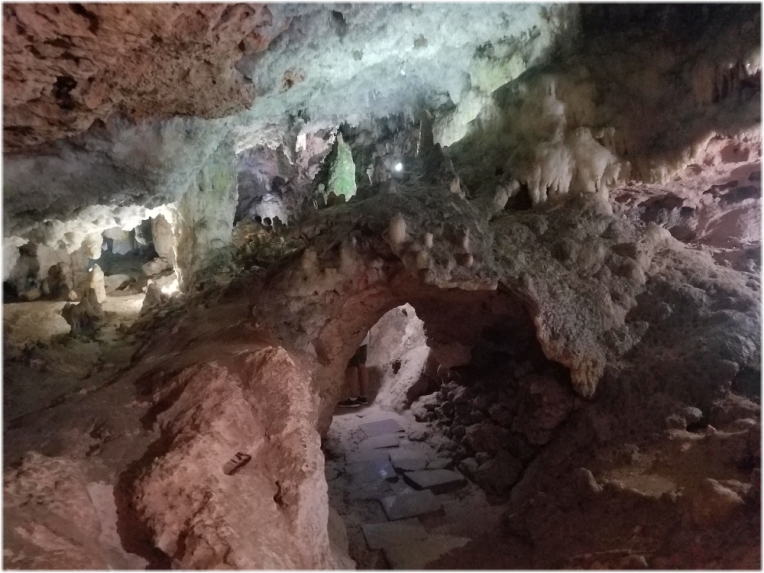 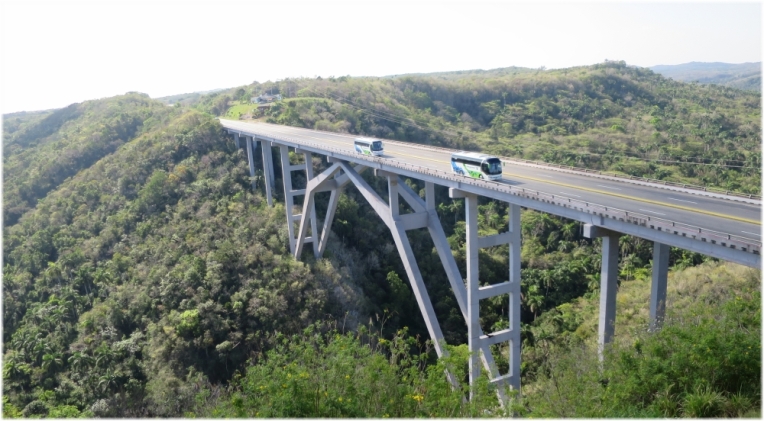 The best viewpoint of the bridge and the green surroundings of the valley is located on the NW side, at Mirador de Bacunayagua. 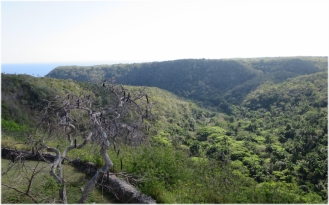 Here, a thirsty traveler heading from Matanzas to Havana can buy the best Pina-colada made with freshly squeezed pineapple and coconut, while the bottle of rum stays free on the counter, so each person can decide how strong that want to be. A real treat!